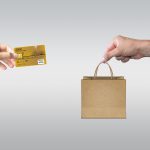 A judge at the Federal Court of Australia has held that a digital advertising scheme is patentable. You will find the decision here:
Rokt Pte Ltd v Commissioner of Patents [2018] FCA 1988

Australian start-up Rokt Pte Ltd filed a patent application for an invention relating to a digital advertising scheme. In particular, the invention is a mechanism by which a user is shown an “engagement offer”. This offer is published on a context related website. Only when the user interacts with the offer, a targeted advertisement shows to the user. In this way, advertisement can focus on a user group that is more likely to interact and make a purchase.

In the first instance, a Hearing Office at the Australian Patent Office rejected the patent application based on that the invention is not patentable subject matter. We have written a blog post relating to this topic here.

Rokt appealed the decision to the Federal Court which ruled in their favour. The patent application now proceeds to grant.

All parties agreed that one needs to consider whether the “substance” of the invention falls within the definition of patentable subject matter as outlined in the Full Federal Court decision of RPL Central.

The judge rejected an approach that Examiners at IP Australia commonly apply. In particular, the judge rejected the approach to compare individual elements of the claims with the prior art and to consider only the contribution made by new or unconventional elements. This approach is similar to the European approach. In this case, the Commissioner of IP Australia asserted that prior advertising systems used the same kind of hardware and software as the present invention. The judge rejected this approach and held that “[a] focus on elements known as at December 2012 in isolation tends to lose sight of the combination of techniques or components in an innovative and previously unknown way.” (at [202])

The judge agreed with Rokt that the use of computers was integral to the invention, rather than incidental. In addition, the judge held that “the substance of the invention involved the new functioning given to the computer”. (at [208])

Importantly, the judge expressed the view that there was not only a business problem that the invention solved (as accused by the Commissioner). In contrast, the invention also solved a technical problem.

This decision shows that a computer-implemented business method, such as a digital advertising scheme, is patentable subject matter in Australia if it solves a technical problem. If you have an invention in this technical field, please contact us here to discuss the patentability of your invention.