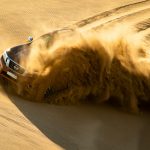 Because a patent provides the right to exclude others from exploiting an invention, you may also be excluded from exploiting the invention of others. In other words, there is a risk that you may infringe someone else’s patent.

A freedom to operate (FTO) analysis helps you to minimise the risk of this. An FTO analysis provides you with an opinion whether you can exploit a product or service with a minimal risk of infringing patent rights of others.

Both Mr Benz and Mr Diesel were successful in protecting their ideas with a patent.

Mr Benz is free to sell motorcars with an internal combustion engine, as long as the engine is not a diesel engine. On the other hand, Mr Diesel cannot exploit his invention due to Mr Benz’s patent. He is not free to operate, unless he obtains a licence from Mr Benz.

*example for illustration purposes only and may not reflect actual events