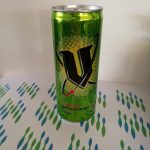 Frucor, a New Zealand beverage maker lost its 6 year battle against Coca Cola to register a colour trade mark for the colour green. Frucor is the maker of the popular V energy drink which has been sold in its signature green cans since 1997.

The registration of a trade mark gives the owner the legal right to stop others from using the mark for the registered goods and services. Thus, if a trade mark is registered for a colour, other traders cannot use this particular colour.

More information about the registrations of trade marks can be found here.

The decision also shows how important it is to get the trade mark application right from the beginning. Some mistakes are fatal and cannot be corrected at a later stage.